Gibraltar has a self sufficient electricity supply generating all of its own power which is distributed by the Gibraltar Electricity Authority. There were three stations generating power, the largest of which was owned and operated by OESCO Ltd. With demand for power increasing, the ageing existing stations would be unable to cope with future requirements. 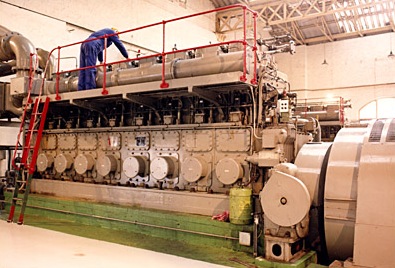 The OESCO Ltd power station was equipped with seven diesel generating sets with the first engines having been in operation since 1990 and the latest installed in 2004. The facility was located in part of the former Royal Naval Dockyard (now the Europa Business Centre) and was surrounded by other businesses with no room for expansion.

A new station would need to be built but finding a suitable site was never going to be easy with the limited land available. Gibraltar is small with a high density of population, a challenging landscape and protected areas of wildlife.

One possible location identified was the disused waste incineration plant. Positioned on the south east side of the rock, it was ideally positioned away from the heavily populated west. To establish the viability of the proposed site some layout drawings would be needed.[divider_flat]

What we did for OESCO Ltd 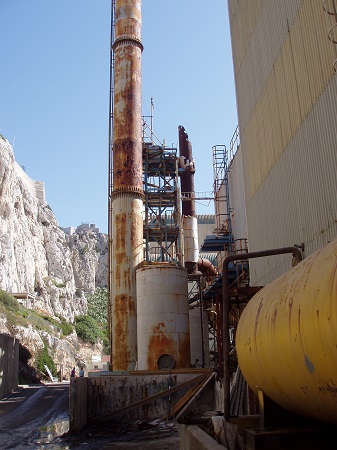 OESCO Ltd were able to obtain copies of some of the original drawings from the incineration plant which they sent to us allowing some preliminary layout work to be carried out.

We visited the site along with one of the OESCO Ltd directors to discuss the various options for positioning equipment. The proposal was for the new site to be run on LNG (liquefied natural gas) so in addition to the gensets, radiators etc., a significant sized area was needed to locate the large gas storage tanks.

Whilst at site, we spent two days taking key measurements to check and supplement the information we had from the original drawings. Before leaving Gibraltar, we were able to produce some basic CAD layout drawings for discussion at the OESCO Ltd head office.

After returning to the UK, the layouts were refined and detailed plant proposal drawings were produced which identified suitable areas for all the major items of equipment. The arrangement allowed for the initial two engines but also took into account future expansion with space envelopes identified for a further two engines and their associated equipment. The drawings also identified major works which would need to be carried out. This included demolition of some of the buildings and repositioning of an underground waste water storage tank and pipework used by the reverse osmosis desalination plant adjacent to the site. 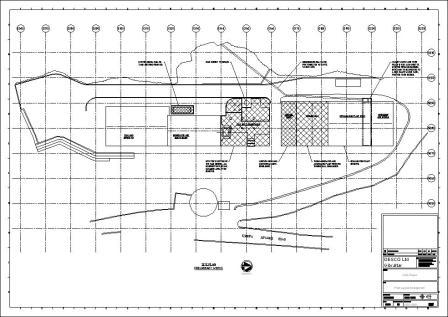 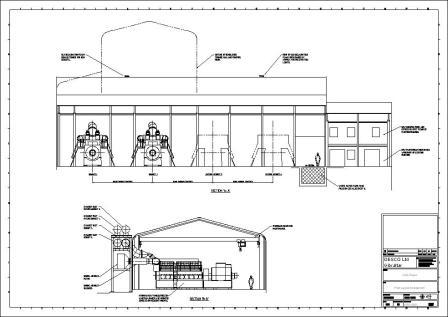